Skip to Main Content
Theme: Anointing in times of revival

‘How God anointed Jesus of Nazareth with the Holy Spirit and power, and how he went around doing good and healing all who were under the power of the devil, because God was with him’. Acts 10:38

Every now and then I hear someone commenting that, “so-and-so is an anointed man of God”. I think what they mean by that expression is that the person in question is a powerful preacher, or that he ministers in signs and wonders. In other words, it appears that the Holy Spirit has enabled him to preach dynamically or to demonstrate the power of God in healings and miracles. I don’t think I have ever heard anyone calling a quiet, humble and godly person ‘anointed’, but the anointing of the Holy Spirit is not only manifested in works of power. 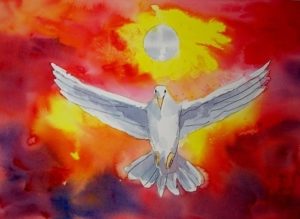 In times of revival the Holy Spirit invariably anoints a key person to be the human catalyst for the transformation that He wishes to bring to church and society. Even Roberts was an anointed man of God yet he hated to be in the spot-light and to the best of my knowledge he didn’t heal or perform miracles. Despite this, Evan Roberts brought healing to an entire nation. Duncan Campbell was the anointed man of God in the Hebrides revival of 1949. John Wesley was anointed to bring revival to England, John G Lake in South Africa, and so on. Some were known for great preaching, some for prayer, and others for mighty manifestations of spiritual power. All of them emulated the first and greatest revivalist of all, Jesus of Nazareth.
When you scan the spiritual landscape of your nation, do you see God’s anointed person for our day? If you do, then pray for him or her, but if you can’t spot whom God has chosen then pray “O Lord, raise up your anointed servant for this hour, that revival may come and your name be glorified in our nation.”
I have read as much as I reasonably can about the great revivals of the past, and several things are common to all of them. God initiates, a small group of people to pray, He anoints a man or woman to act as a catalyst for what He intends to do, The Holy Spirit comes with nation-changing power upon a church or an area, people repent, multitudes are saved, and in the aftermath men, women and children say “Surely God was with us in glory.”
Picture credit
Share |
print