‘Now, brothers, I have applied these things to myself and Apollos for your benefit, so that you may learn from us the meaning of the saying, “Do not go beyond what is written.”          1 Corinthians 4:6

A few years ago I had a Sunday off (actually this happens more than just every few years) and decided to visit another church in the area. The preacher’s message, delivered with passion and conviction, was that we had the biblical right to ask God what He was doing and then, if we didn’t like it, to tell Him what He should be doing! His source of scriptural authority was Isaiah 45:11 which he quoted from the King James version of the Bible as, ‘Thus saith the Lord, the Holy One of Israel, and his Maker, “Ask me of things to come concerning my sons, and concerning the work of my hands command ye me.” I couldn’t believe what I was hearing! 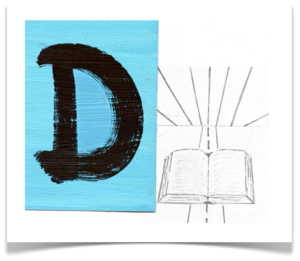 Isaiah was actually speaking a severe divine admonition to the people of Israel. He wasn’t saying “Hey guys, feel free to question my plans, and by all means tell me what to do if you don’t agree.” God was saying the exact opposite. The NIV translation makes this very clear: ‘This is what the Lord says — the Holy One of Israel, and its Maker: Concerning things to come, do you question me about my children, or give me orders about the work of my hands?’
How could that preacher have got it so wrong? Well, the man came from a name-it-and-claim-it theological background that set him up for this sort of error. His basic understanding of human importance and divine impotence was reflected in his biblical interpretation. However, the use of the King James Version of the Bible didn’t help either. Its archaic phraseology and word choices made it seem like God was sanctioning what the preacher proposed. Someone living in Elizabethan times would probably not have made such a mistake, but we live in the twenty-first century, and English just isn’t the same any more.

Some people mistakenly believe that the KJV is the only authentically inspired version of the Bible but this is obviously off the wall – does every language only have one authoritative version, or is Elizabethan English the only language that God can use?  So, the lesson to be learned from the story of the misguided preacher is, ‘Use a good current version of the Bible.’ Most of the modern versions are excellent. I use the NIV extensively but I also use the New Living Version from time to time.

What version of the Bible do you use and why?
Share |
print