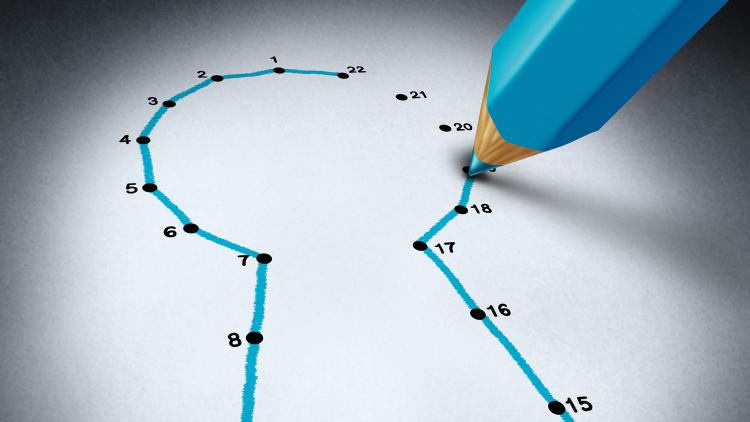 The expression, ‘Connecting the dots’ has become quite popular in South Africa as a way of suggesting areas of corruption without actually being explicit. However, in this article, I want to use the expression very explicitly to connect the dots between the Old and New Testaments. Jesus is of course the dot-connector in chief, but I will use only some examples from His life and teaching in this short article.

Some well-known connections between the two Testaments are the 40 days in the wilderness, the 12 apostles, and the 70 other evangelists Jesus sent out. Just as God led Moses and the Old Testament people of God into the desert for 40 years to be tested, so the Holy Spirit led Jesus into the wilderness for 40 days (Matthew 4:1-2). Twelve tribes represented ancient Israel and 12 Apostles (Mark 3:14) represented the people of people of The Way (Acts 24:14). Perhaps not as obvious is the reason Jesus chose 70 representatives (Luke 10:1 HCSB) to match the original 70 chosen by Moses to represent him (Numbers 11:16).

Somewhat less obvious ‘dots’ that make for exciting connections are when Jesus fed the 5,000 and then succeeded this by walking on water.

Matthew 14:15-21 records how Jesus fed well over 5,000 people with just five loaves and two fish. Oh, and don’t forget the detail that the disciples then picked up 12 baskets of left-overs. What’s this miraculous bread all about? Well Jesus explained later that while the ancient Jews ate manna from heaven, so He had come to feed His people with the true bread from heaven … himself (John 6:48-51). And, of course, the 12 baskets represented the Old Testament tribes of Israel.

Immediately after the miraculous feeding of the 5000, Jesus told His disciples to go by boat to the other side of the lake where He would later join them. The wind and waves were against the disciples and they were making heavy weather of it when suddenly Jesus appeared walking on the water (Matthew 14:22-33). Now why on earth did He choose to do this?  Well He was joining the dots for them. God parted the sea in the time of Moses (Exodus 14:21-22) so the people could cross over, and now He was controlling the sea once again before His startled disciples so that they could cross over.

The connections are clear once you see them – Jesus was graphically declaring that He is the same God that led His people through the Red Sea and into the desert where He fed them for 40 years with bread from heaven!

OK, now let’s connect the dots at a slightly deeper level – The Sermon on the Mount and the Transfiguration.

Chapters 5, 6 and 7 of Matthew’s Gospel are devoted to what we know as the Sermon on the Mount. Jesus delivered this comprehensive address from what was most probably more of a hill than a mountain, but Matthew called it a mountain for a very specific reason. God delivered the Ten Commandments on Mount Sinai and here Jesus Christ was delivering His ‘law’ from a mountain. In His sermon, Jesus referenced at least two of the Ten Commandments and then explained to His listeners their true meaning. He was connecting the dots between Old Testament and New Testament and positioning himself as the divine lawgiver.

Matthew 17:1-8 records the dramatic event when Jesus went up a mountain, probably Mount Hermon, and gloriously transfigured before three of His disciples. Here is how the first three verses of this passage read:

‘After six days, Jesus took with him Peter, James and John the brother of James, and led them up a high mountain by themselves. There he transfigured before them. His face shone like the sun, and his clothes became as white as the light. Just then, there appeared before them Moses and Elijah, talking with Jesus’.

Now what were Moses and Elijah doing there? They were representing the Law (Moses) and the Prophets (Elijah) and ‘the law and the prophets’ was shorthand for the whole of the Old Testament.  And Matthew 5:17 records Jesus’ famous saying; “Do not think that I have come to abolish the Law or the Prophets; I have not come to abolish them but to fulfil them”.

Once again, Jesus was connecting the dots between Old and New Covenants and unmistakably displaying His divine glory.

I find all of this fascinating and exciting and I hope you do too. Old and New are joined inextricably together and the one who joins them is the Lord Jesus Christ. If anyone doubts either the value of the Old Testament or the divinity of Jesus Christ, then a suitable response would be, “Just connect the dots my friend, connect the dots’.