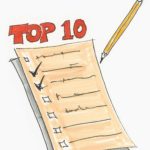 What do you think are the most important issues facing the church in 2015? I asked myself this question and then searched the internet for what others think – and I was rather surprised. Of course the various lists differed quite a bit, but that is to be expected because of different perspectives and priorities. I compared a 2006 article to a current article from a similar perspective and there were differences, but what surprised me most was what the lists did not contain.

.
A November 2006 article titled Top 15 Theological Issues of Our Day  lists Religious Pluralism (all religions are equally valid) as the number one problem, Postmodern Epistemology (nature of truth) as number two, and Open Theism (God doesn’t know everything about the future) as number three. Inerrancy (The Bible is without error) came in at number nine followed by Calvinism vs. Arminianism.

In October, 2014 Michael Spencer published his list of Thirteen Critical Problems, also from a theological perspective. His number One issue is the ‘growing doctrinal deterioration on the essentials and implications of the Gospel’. Number two is ‘the expansion and influence of the “Prosperity Gospel”’. The ‘rise of the “audience-only” model of church participation’ came in at number three. His number nine is the lack of quality new leaders, and failure to monitor the church planting movement ranked tenth.

.
Religious Pluralism is an ‘all paths lead to Rome’ approach that does not position Jesus as the only way to God the Father, despite the fact that He boldly asserted this (John 14:6) This is still a major problem today and would be included in number two on the 2014 list. The nature of truth is still a huge issue and this is also centred on Jesus because He is the very source of truth. The Prosperity Gospel stumbles on this issue because it embraces what they call ‘revelation truth’ which comes from either literalistic or allegorical readings of the biblical text.

.
The 2014 newcomer to the top three is the ‘audience-only’ church model. I would include seeker-sensitive and other attractional approaches (draw them in to the Sunday service with musical entertainment, popular preaching and fun activities) under this heading.

.
I agree that the nature of both truth and church are major issues confronting us today. I was surprised that both inerrancy and the Calvinist/Arminian debate seem to have dropped off the radar. Perhaps it is only theologians over 60 who still worry about these things. I certainly have strong views on both but perhaps you, the reader, aren’t that interested? Let me know please (a short comment on this post would be great).

.
What surprised me most was what was not on any list I could find – Islam and NAR. Militant Islam is a HUGE problem in our world but I wonder how many Christians understand what that religion actually teaches and how we should be responding to it. The South African Theological Seminary has recently been promised a donation of an extensive library of Islamic studies and will soon be well positioned to address this important topic.

.
NAR stands for New Apostolic Reformation, a movement that is big, and growing bigger, in the USA and is now spreading in South Africa. Its doctrinal roots are in the Latter Day Rain theology of a previous generation and it embraces a virulent form of postmillennialism/kingdom-now (Let’s take over the world before Jesus returns) thinking and practice. In the near future I intend to write an article using NAR as a case study for Christocentric hermeneutics (understanding the Bible from a Jesus perspective).

.
My apologies to those who are unfamiliar with some of the strange words I have used in this post… perhaps another problem facing the church is the detachment of theologians from practically-minded non-academic Christians – ouch!