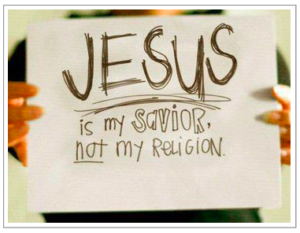 “Pat, where is your faith?!” The exclamation came from a lady in our congregation just after my wife had shared her concern about the church finances. I had left a secure and well paid executive job in a major bank just months before to pastor a very small but growing church. A flu epidemic was sweeping our area and Pat had said something like, “If everyone is sick and they don’t come to church then how are we going to make ends meet?” It was in the days when most people used cheques or cash, and so non-attendance usually meant non-giving. Despite our concerns, everything worked out just fine and has continued to do so till this day, but I wonder what the lady meant by her question. Today when I hear people talking about faith I still question what they mean when they use the word.

To some people faith equates to ‘standing on the promises of God’. By this they usually mean all the general promises of scripture irrespective of when or to whom they were originally given. Some take this even further by constantly reminding God what He has promised in the Bible. Some even claim the promises as their right and confess that God is bound by His Word to fulfil them all. Is this Biblical faith? I don’t think it is, in fact it sounds more like presumption to me. I have serious reservations about placing unqualified trust and dependence on generalised biblical statements such as ‘”I will restore you to health and heal your wounds” declares the Lord’ (Jeremiah 30:17).  Surely I cannot ‘claim’ this promise in my current circumstance irrespective of context, time, and purpose, simply because it is stated in the Bible as a promise to ancient Israel?

Some folk believe that faith is a force that can be used to achieve what we want. They base this on the King James Version of Hebrews 11:1, ‘now faith is the substance of the things hoped for…’ A dictionary definition of ‘substance’ includes the idea of something tangible, like electricity, so accordingly ‘faith’ is something tangible that can be manipulated in a similar way to, say, electricity. According to this doctrine, we should grow our faith and use our faith in order to obtain what we hope for.  Of course words like ‘substance’ in King James’s day meant something else entirely and modern translations render it as ‘being sure of ‘(NIV) or ‘assurance’ (NASV), or something similar. So is this ‘faith is a force’ idea biblical? I don’t believe it is.

Having faith in faith is both unbiblical and almost atheistic. Where is the need for God in such a doctrine? All one needs is to believe that belief itself will achieve for us what we hope for – God is superfluous! Our faith is not in faith, but in Jesus, who is the source and object of our trust and dependence.

In the Old Testament, faith is defined as resting, trusting and hoping in God, with the idea that we should trust in and commit ourselves to the Lord. In the New Testament, faith is defined as believing and accepting a statement as true, and further, to place personal trust in this belief. To have faith in Jesus for salvation is therefore to believe what He says and to rely on Him to accomplish what He says He will do.

However, faith in itself is not limited to Christians. To my mind, atheists are people of great faith because they choose to believe that God does not exist and they live accordingly, trusting implicitly that life ends at the grave and that there is no eternal accountability for how they live out their lives. However, to the Christian, faith should never be separated from the one in whom we have faith, the Lord Jesus Christ.

In essence, faith is a divinely motivated decision to believe and trust in the Lord Jesus. The Holy Spirit illuminates the testimony of the scriptures to us in such a way that we believe sufficiently to act on or rest completely in the promise. The basis of our faith is the nature and character of God as revealed in and through Jesus Christ. God is good, faithful, and totally trust-worthy.

Perhaps the lady who responded to my wife’s concerns should have addressed her as follows; “Pat, do you believe that God has assured you that He will provide for your needs? Then have faith in what He has said to you; believe Him, trust Him and don’t worry about the flu epidemic. You might be short of funds for a month, or maybe longer, but you will come through because God will not desert you; He is faithful”.