This is the third in this series of posts where I relate some of my experiences as a pastor for close to 30 years, and the ministry lessons I have learnt from each.  Given my many years in ministry,  I have potentially over a 100 of these to share, but before I do, I would like to hear from you whether or not you found them interesting or useful. So if you do, won’t you give them a thumbs up and ‘Like’ each post or feel free to leave a comment or send me an email! I would love to hear from you! 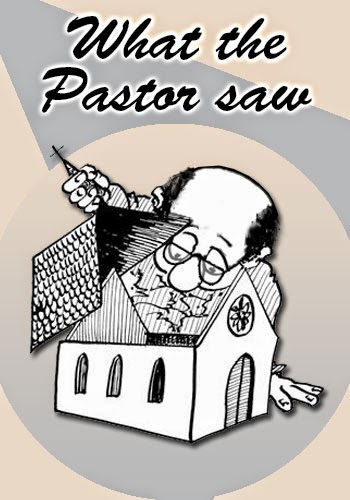 Many years ago a colleague and I spent a week in Odessa, Ukraine, ministering to some missionaries and churches there. On the Saturday morning I was scheduled to speak at what had previously been a Black Sea resort for the communist elite, but was now used for all sorts of social events. I was accompanied by the security agent assigned to me by the authorities. He was a pleasant enough chap who proudly informed me that he had trained the African National Congress leadership in insurgency tactics.

About a hundred people pitched up and, speaking through an interpreter, I presented the message of salvation in Christ Jesus. I offered to pray for anyone who wanted to respond, but nobody moved a muscle or even looked at me, so I blessed them and closed the meeting.

As I stood at the front of the hall several people came up to me one by one to say that they wanted to become Christians but that they were afraid of making a public show of it because the government agent present would investigate them. Through the interpreter I helped each of them to respond to the saving work of the Holy Spirit in Jesus name, and then I invited  them to be baptised.

It was sleeting that day and very cold, but we were on the shore of the Black Sea and I knew I would not get another opportunity. The seven or so new Christians and I made our way down to the shore where there were some small wooden huts where we could change.

The missionaries I was with had brought shorts and T-shirts for us all and so within a few minutes I found myself wading through the swell to where it was deep enough to baptise. At the time I had no idea just how outrageous a call I was making. These poor folk were petrified of the filthy sea water off that coast, and they apparently thought that if they didn’t catch a deadly germ they would surely get sick from the cold.

The first ‘baptee’ waded slowly out towards me. He looked scared and very cold yet determined to be obedient to his new found Lord, Jesus. Then, as he neared me, the look on his face changed to wonderment and he beamed a huge smile at me. The same scene played out as each person came to be baptised; fear turned to amazement as they waded through the icy water and driving sleet.

Back on the shore they were draped in towels and chatting animatedly to each other. The interpreter ran up to me and with joy told me what had happened to each of the men and women baptised. They had been very fearful yet supernaturally determined. They entered the water and were shocked by how cold it was. But then, as they came up to where I was standing in the swell, the water suddenly became warm around them.

They each understood this as a sign of God’s blessing and they were filled with wonder and joy. God is so very good!  Yes, this was a demonstration of His goodness and it etched in my spirit the truth that God cares.