I met up with him again a few weeks ago and asked him if this was still the case. His response was, “It’s even worse now than it was two decades ago”. Is his view correct? Well, those of you who regularly read my posts know that I agree with Len 100%,  that the church appears to have lost its focus on The Lord Jesus. But is there hard evidence to back up these claims? Yes… and here is one example.

Ligonier Ministries have recently released their latest survey, ‘The state of theology’ in the United States of America. Ligonier is part of the teaching ministry of Dr R.C.Sproul, a well-known Calvinist theologian. Some of the statements posed to the 3,000 Christians polled are phrased from a Calvinist perspective, but most are not and therefore give a good idea of general Christian thinking rather than just ‘reformed’ thinking.

Here are some of the statements that relate to the Lord Jesus Christ, along with the responses: 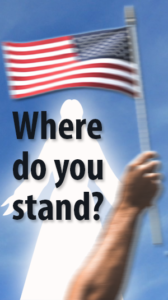 So, here’s the thing, the majority (67%) of American Christians believe that Jesus is less than God despite the biblical evidence to the contrary. The response to the next statement confirms this terrible heresy.

So has the American evangelical church lost its focus on Jesus? Is it suffering from a Jesus Deficit Disorder?

The evidence confirms this deadly malaise in the Body of Christ.

And don’t be too quick to think that this is just an American phenomenon because the anecdotal evidence from around the world points to the same conclusion.