What do Mohammad and Jesus have in common? Absolutely nothing.

In the religion of Islam, Jesus is honoured as a messenger of Allah but Muhammad is revered as his last and greatest messenger. Biblical Christianity, on the other hand, gives no credence to either the god of Islam or Muhammad. Islam only emerged onto the world scene late in the sixth century and has no roots in biblical history. Some like to claim that Islam is the third monotheistic (Abrahamic) religion standing alongside Judaism and Christianity, but it really has no theological common point of origin and its god is certainly not just another name for Jehovah of the Old Testament and the Father of the New Testament.

A few weeks ago I attended a very informative day-long presentation by a man who understands Islam both at a scholarly and practical level. Dr Mark Durie describes himself as ‘an academic, human rights activist, Anglican pastor, a Shillman-Ginsburg Writing Fellow at the Middle East Forum, and Adjunct Research Fellow of the Arthur Jeffery Centre for the Study of Islam at Melbourne School of Theology’. I was very impressed with both his mastery of his subject and his demeanour. You can access his work at www.markdurie.com

I learned from Dr Durie that in Islam the essential relationship between Allah and his followers is that of master to slave.

Original sin is not presented as 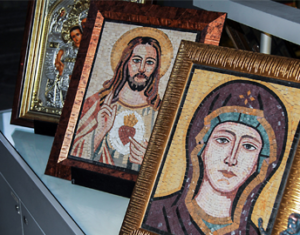 rebellion against a loving Father, resulting in spiritual death, but is seen as a stepping off the path (Sharia) set by the creator, leading to punishment. The solution to ‘sin’ in Islam is not spiritual rebirth, but knowledge and adherence to the ‘straight path’ set out in its holy book, the Quran.

The three pillars of knowledge and understanding in Islam are the Quran, the life of Muhammad, and the doctrine of the ‘infallible’ teachers. The Quran is said to have been spoken out by Muhammad under the inspiration of an angel named Jibril, memorised by the first audience, and then later written down by them. The life of Muhammad was only documented in a form acceptable to the majority of Muslim leaders some 200 or so years after his death. The Quran is not compiled in any sort of chronological order and so the authorised life history of Muhammed is used to determine which of his pronouncements were earlier and which later. This is an important issue because an interpretive rule for understanding and applying the teachings of the Quran is that later pronouncements supersede earlier declarations and abrogate any contradictory earlier statements. Muhammad started his career in Mecca, but after 12 years and much persecution he and his followers fled to Medina. The later (Medina) pronouncements in the Quran are far more militant and harsh than the earlier (Mecca) declarations. These later teachings are regarded as abrogating earlier, more tolerant verses, and thus largely determine the essential nature of Islam.

I also learned from Dr Durie that Islam cannot be reasonably viewed on the basis of the Quran and its established interpretive principles  as a moderate and peace-loving religion. 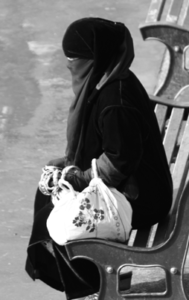 The ‘radicals’ who are currently trying to establish an Islamic Caliphate are in fact endeavouring to act with hideous integrity to the religion of Islam. Modern followers of Muhammad who espouse moderation and peace either do not understand the established teachings of their religion, or they are being disingenuous. I also learned that these key teachings were settled many hundreds of years ago and that as a result the doctrines and interpretative methods of Islam are, in the view of many, if not all Muslims, set in stone and not open to further inquiry.

I started this short article by asking what Muhammad and Jesus have in common, and then answered ‘absolutely nothing’. A dramatic, and in many ways definitive example of this is what the two taught concerning enemies. I quote here, not from Dr Durie’s material, but from www.thereligionofpeace.com: ‘The Quran contains at least 109 verses that call Muslims to war with nonbelievers for the sake of Islamic rule. Some are quite graphic, with commands to chop off heads and fingers and kill infidels wherever they may be hiding. Muslims who do not join the fight are called ‘hypocrites’ and warned that Allah will send them to Hell if they do not join the slaughter’.

But what did Jesus teach concerning enemies? He said, “But I tell you who hear me: Love your enemies, do good to those who hate you, bless those who curse you, pray for those who mistreat you” (Luke 6:27-28).

Dr Durie has much to teach us and I encourage you to go to his website and browse through the articles, videos, and interviews.