I find it hard to believe that Evangelical Christians are divided, and passionately so, over whether planet Earth is 6,000 years or 4 billion years old.

Indeed, Jon Greene writes that it is ‘one of the most polarizing and divisive issues within the Christian community’. In the past, local churches and even entire denominations, have divided over issues such as baby baptism, speaking in tongues, and even end-time scenarios. But to divide over the age of the Earth seems even more pathetic!

In 2012 Joy! Magazine was buzzing with articles and letters to the editor about this issue, and so they asked me to write a ‘calming’ article which I titled ‘The great creation debate’. Now it seems that things are hotting up once more, and so I feel the need to make some observations… again.

To get up to date I watched a number of YouTube debates  between people like Kent Hovind and Ken Ham on the Young Earth side and Hugh Ross, and Hank Hanegraaff on the Old Earth side. All the Christians I have heard, or read, who are involved in the controversy believe in the inspiration of the Bible and, strangely enough, they all seem to agree that Darwinian Evolution (change through unguided naturalistic processes), as it is commonly understood, is neither biblical nor logical. Yet Kent Hovind called Hugh Ross a heretic, to his face, claimed that the God he worshiped was not Hugh’s god and that the graciously tolerant Dr. Ross was a cult leader. What on earth (pun intended) is the cause of such insecurity and animosity?

Trying to make sense of the debates on this issue can be confusing and frustrating. 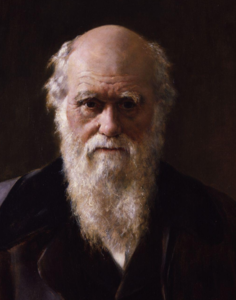 On the one side, the arguments often devolve into “God’s Word says so, so that’s the way it is” statements, and on the other side the many references to quasars, the speed of light, quantum mechanics, and so on can be a little overwhelming. Debaters tend to argue at length (Pun intended once more) whether the meaning of the word translated as ‘day’ in Genesis Chapter One can indicate a long period instead of a 24-hours. Ken Ham accuses Old Earth Creationists of arguing from the basis of science and then trying to make the biblical account conform to the so-called evidence. Dr. Ross, however, claims that he is equally committed to the inspiration and authority of the Bible, but that he sees no conflict between a reasoned interpretation of the scriptures and the scientific evidence. But is the real driving issue the matter of WHEN God created? Is it really? I don’t think so.

Ken Ham states that his concern is not so much the age of the earth as it is the authority of scripture, and I think that here he puts his finger on the underlying issue. The 20th century scientific age ushered in aggressive atheistic criticism of biblical authority, and even within the church liberal scholars undercut the belief that the Bible is divinely inspired. Charles Darwin’s theories of natural evolution added to the controversy and so several ‘fundamentalist’ Christians dedicated themselves to the task of defending the inspiration and authority of scripture against science in the face of humanistic scorn and derision.

Darwinian evolution, although taught in most schools as ‘fact’, has now been largely abandoned by most informed scientists, and so the battle front has shifted to the matter of the age of the cosmos in general and the earth in particular. Young Earthers contend that a ‘plain reading’ of the English translation of Genesis One necessitates belief that God created the world in six consecutive 24-hour days some 6,000 years ago. Old Earthers, on the other hand, claim that a literal reading of the Genesis creation account, in its original Hebrew, leads to the understanding that the world was created by God over very long periods of time. So, both sides believe that God created all things, and both sides believe that the Bible is inspired and authoritative, yet they differ vehemently on how to interpret the inspired scriptures. Dear, Oh dear, it’s the same problem underlying the old baby christening versus believers baptism controversy, or the lady elders dispute, or the homosexuality issue.

To my way of thinking the crucial matter of belief concerns whether God created everything, and not when or how He created. 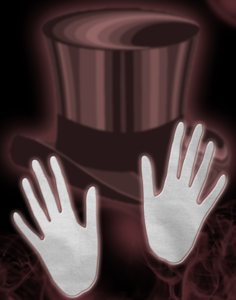 The how and when of it only becomes important to me if it impacts on core Christian doctrines such as sin, spiritual death, salvation, and so on. Young Earthers do debate these issues as well, but not well, and nothing I have read or heard has even come close to convincing me that the biblical record is not entirely trustworthy when it sets out these truths… and everything else for that matter. And I don’t need to hold a Young Earth position to believe these doctrines.

Where I get more than irritated is when Young Earthers try to explain away the geological evidence of extreme age by claiming that God created the earth with an appearance of age. God is not a trickster and the fatuous contention that if He created Adam with the appearance of age then why not the whole earth just saddens me. The biblical account does not state HOW God created Adam other than the simple declaration that He ‘formed man from the dust of the ground and breathed into his nostrils the breath of life’ (Genesis 2:7). I also tend to despair when ostensibly highly educated men and women claim that the Great Flood accounts for all the problems concerning dating  geological strata, the fossil evidence, and so on. And all for the sake of proving that the Bible is authoritative? No, actually, it is to demonstrate that THEIR INTERPRETATION of the Bible is authoritative!

OK, so by now you have realised that if I had to take sides I would position myself in the Old Earth Creationist corner of the ring. It is getting a bit crowded there what with men like Norman Geisler, Lee Strobel, J.I Packer, Wayne Grudem, Gleason Archer, and Francis Schaeffer taking up so much space.

Just for clarity here are the core beliefs of us Old Agers (taken from J.W.Green’s article):

Well, if any Young Earth proponents read this article I am sure to get some interesting comments; probably more than when I write on something really important like the centrality of Jesus! Sigh! I titled this article ‘Old Earth, Young Earth – Who cares?’, but it is pretty obvious that there are a whole lot of people who do care… a lot. So, for the sake of fairness, here is a Young Earth Creationist site that has been recommended to me.

We should care about ‘truth’, but I believe that the focus of our passionate concern should be things such as the centrality of Jesus, the trustworthiness of the Bible, and dependence on the Holy Spirit for life and ministry. However, I don’t think that we should be focusing on defending one way of interpreting scripture against equally God-honouring understandings.