The death of their firstborn was the final judgement that persuaded Pharaoh to let the Israelites leave Egypt. God instructed the Israelites to paint the blood of a lamb on their doorposts. He said that when He saw the blood, He would pass over that household and not strike their first-born.

Passover gets its name from this ‘passing over’ the homes of the people of God.

It is a graphic foreshadowing of how Jesus, the Lamb of God, would shed His blood for the salvation of all who believe.

Every year thereafter, through to the time of Jesus, the people of God celebrated Passover with a special meal. On the Thursday evening that started what we now call Good Friday (the Jewish day starts at six pm the previous evening), Jesus met with His disciples to celebrate Passover with them. 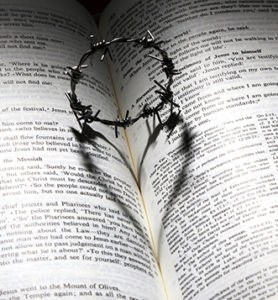 From the details given in the Gospels, it seems they reclined at a low table arranged in a typical Roman format; a sort of square U shape with two short sides and a longer middle section. According to the custom of the day, the one responsible for the meal would sit at the extreme end of one of the short lengths, next to him would be the host, and next to him the guest of honour. The other guests would then sit in order of importance, with the least important sitting at the end of the other short length, directly opposite the organizer. For the Last Supper, the organiser would have been John, the host Jesus, and the guest of honour Judas. Yes Judas! It was protocol for the host to have the guest of honour seated on his left, and to demonstrate favour by serving him with a piece of bread dipped in the stew. Jesus announced to his startled disciples that one of them was about to betray him. John 13:21-26 records how Peter signalled to John to catch his attention and then asked him to inquire of Jesus who His betrayer was. John leaned back against Jesus and asked him. Jesus replied, “It is the one to whom I will give this piece of bread when I have dipped it in the dish.” Then, dipping the piece of bread , he gave it to Judas Iscariot, son of Simon.’

What incredible grace! Jesus knew that Judas was going to betray him yet he chose to make him the guest of honour.

He placed Judas, the least of all, in the highest position, and poor Peter, the leader elect, in the lowest position at the very end of the table. What a lesson for us. Before starting the meal, Jesus had washed his disciples’ feet. He had made it clear that He was setting them an example of servant leadership (Jn 13:15). Peter must have been very ashamed because he was sitting in the least important seat, and custom demanded that the least at the table serve the others. Jesus had nominated Peter as His successor yet He afforded Peter the least privilege and expected of him the greatest service.

When we take communion, we should remember its origins and ponder the depth of the message it conveys. Communion is a stylised recreation of the Last Supper, which was itself a commemoration of the Passover. The wine of Communion reminds us that Jesus gave his lifeblood for us, and the bread reminds us that we are part of the body that He birthed through His death. In Communion, we honour Jesus and serve each other.  We, who are by nature rebels and betrayers, are given the highest honour, yet we are called to take the place of least honour and to serve each other.