It is often said that sex and politics should be taboo topics in the church, so should politics be off-limits for preachers?

Politics is commonly defined as ‘the activities associated with the governance of a country or province’. If this is how we understand ‘politics’, then of course all Christians should be interested and concerned with how their country is governed. In Romans 13 Paul instructs believers to submit to governing authorities, and in 1 Timothy 2 he urges us to pray for everyone in authority ‘that we may live peaceful and quiet lives in all godliness and holiness’

If you would prefer to HEAR this message, you can click on the play button below and listen to this short (7 minute) interview I gave on this topic..

If you prefer reading it, then continue on…

…On this basis, Christians should engage with politics. The extent of this engagement will range from simply being good citizens, all the way through to being career politicians. However, Christian leaders and preachers are not primarily politicians, and rather have the responsibility of helping their people to determine what constitutes good governance and what role they, as individuals, need to play in the political life of their nation. They also need to teach into how we are to react and respond to ungodly government. However, when it comes to preaching, there does seem to be a line that the church should not cross; the line between national or provincial politics, and party politics. 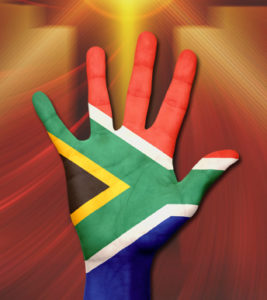 Just as the pulpit should not be a forum for selling things or promoting secular interests, just so it should not be used for peddling a particular political persuasion. In South Africa we are about to hold provincial elections and I, like all responsible citizens, will be casting my vote. I have a decided preference for one of the political parties contesting the elections and I feel at liberty in sharing my views, on a one-on-one basis with friends and family.

However, I would be abusing my privilege and mandate as a preacher if, in a sermon, I tried to persuade the congregation to vote for the party of my choice. Rather, my role within the church should be to set out the values and principles that govern how a Christian should vote.

What then are these principles and how should we apply them?

What do I mean by core biblical governmental values?

I mean things such as integrity, honesty, work ethic, economic common sense, freedom of religion and expression, accountability to law and constitution, lack of corruption, lack of racial or minority group prejudice, and so on. As Christians, we all have views on things such as gay marriage, abortion,capital punishment and things of this nature, but I do not see these as ‘core’ governmental values. But if you do, then you would need to add them to your set of criteria against which to evaluate each political party.

When there is little to no chance of any party other than the majority or ruling party winning the elections, and that particular party fails to meet core Christian values, then we need to give serious consideration to voting for a strong opposition party. The proviso of course is that the opposition party needs to meet the same criteria established for your evaluation.

If there is an ostensibly ‘Christian’ party in the running then they should be worthy of support provided they have shown themselves to be true to what they say they believe, and also provided that they are serious contenders to either win the election of be a viable opposition party. Sadly, often such parties are just too small and poorly resourced to be regarded as serious and viable contenders.

So, to sum up, it is my opinion that politics in a general sense is indeed something with which we as Christians should engage. Party politics, on the other hand are outside of the church’s mandate yet should be of concern to all individual Christians as part of our responsibility as citizens.

We all need to cast our votes and we should do so in a way which will best yield godly governance in our province and nation.