Recently I attended a wedding where the minister was a pleasant young man from a traditional denomination. He conducted the service well enough but he made no reference whatsoever to the Bible, and the name of Jesus came up just once in a casual aside. 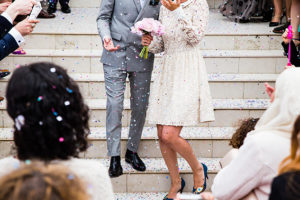 A Christian marriage is based on the covenant between God and man as fulfilled in and through the Lord Jesus Christ, and it is described and prescribed in the Bible. How then can a minister of the church conduct a Christian wedding without reference to either the Lord Jesus or the Bible? This is by no means an isolated incident but is rather indicative of the sad lack of connection between Jesus and the Bible evidenced in much of the church of our day. This central ‘truth’ connection needs to be restored and I am committed to playing a meaningful role in the process.

This statement demands an answer to at least two questions; what do I mean by truth, and why does it need to be restored? To many the idea seems nonsensical.It is popular today to regard truth as relative and individually or group determined. If this is so, then truth isn’t an absolute that would ever need to be restored.

However, I believe that truth is a person rather than simply personal, and eternally established rather than relative and transient.

What do I mean by truth being a person? Well Jesus claimed to be truth itself when he declared, “I am the way and the truth and the life” (John 14:6). On many occasions he used the phrase “I tell you the truth”, but here he went beyond that to proclaim that he was the embodiment of truth. This was a central idea in early Christianity. The first century disciples were more followers than learners. They witnessed to a relationship with the Son of God and sought to emulate him rather than just study his teachings. But then things started to change.

By the middle ages, Christian maturity was gauged by knowledge of doctrine and church protocol instead of the quality of a living relationship with Jesus Christ. And things haven’t changed much since then. In traditional churches the priest, pastor, minister is required to hold a bachelor of theology degree. This is good in itself but surely a mature relationship with Jesus is of greater importance? The answer to that question is often negative because the criterion for ministerial success has become what you know rather than who you know.

Ask an average gathering of Christians if they are currently discipling anyone and a typical positive response would be one in a hundred. Jesus commissioned his followers to go into all the world and make disciples but so few of us do. Why is this? Again, ask a typical congregation this question and one of the most common responses is, “I don’t know enough”. What they mean by this is that they don’t have in-depth knowledge of the doctrines of the Christian Faith and nor do they have answers to the many objections they imagine others will raise. But Christianity is not a knowledge-based religion; it is a word that describes a relationship with Jesus and with other disciples. It is not a system to be sold, but a life of relationship to be offered.

A central truth that needs to be restored to the church is this; Jesus is the truth and Christianity is about a relationship with him and his followers. Paul captures this central idea when he writes about ‘God’s household, which is the church of the living God, the pillar and foundation of the truth.’ (1 Tim 3:15). Then, in the next verses he writes; ‘Beyond all question, the mystery of godliness is great: He appeared in a body, was vindicated by the Spirit, was seen by angels, was preached among the nations, was believed on in the world, was taken up in glory.’ The truth… He (Jesus) appeared in a body. Jesus is the truth the church is to uphold.

Of course we only know of Jesus through the Holy Spirit’s illumination of the scriptures.

If Jesus is the incarnate Word of Truth, as He is, then the Bible is the written Word of Truth. But here is another central concept; we can only really understand the Bible with reference to Jesus. The written word is not so much a collection of propositions as it is a revelation of the person, nature, purpose, and teachings of God the Son, the Lord Jesus Christ. Yet, because of the misconception that Christianity is a knowledge-based religion, the Bible is regarded by many as a sort of theological dictionary. Of course it does contain commands, concepts, and principles. It also contains guidance for daily living, but it is first and foremost a revelation of Jesus (Revelation 1:1). This too needs to be restored to the church.

Would we see the sort of maniacal antics on display at many of the so-called ‘revivals’ of our day if we were centred on Jesus and His ways? I don’t think so, and in any event we would not flock to these displays like confused sheep if we knew the real shepherd! And how could the great divides between Calvinists and Arminians, cessasionists and charismatics, and so on, continue to exist if both sides were thoroughly Christ-centred in doctrine and practice? Perhaps I am naïve, but I am convinced that we won’t even  make real progress in these areas until we embrace the restoration of the centrality of Jesus.

So, when I hear the Lord’s voice calling for the restoration of truth to his church, I don’t think of a particular doctrine or tradition, I think of Jesus, for Jesus is The Truth.