When it comes to local churches, is big always best, or is small better, or does size just not matter at all?

Three decades ago I had the privilege of being called to pastor a tiny but rapidly growing local church. The shack in which we were meeting was scheduled to be demolished to make way for a town house complex and so we had to find other accommodation. The property developer who was demolishing the shack offered us the choice of two plots of land on which we could build; one, a huge area right on the main road through the suburb and opposite the shopping centre, the other was a much smaller stand right in the heart of the residential area. The choice between these two options forced me and my eldership team to think and pray intensely about the nature of the church which any proposed building campus would house. The large site was ideally suited for a big, attractional church model and the smaller site would almost ensure that the church located there would be small, organic, and relational. This led me into a fresh study of the New Testament to discover the principles and values of local church. This is just a sample of what I found:

Other than the first expression of church life in Jerusalem, the local churches were small and intimate extended families.  Advocates of larger churches point to the 5,000 member first church that met in Solomon’s porch in the temple campus (Acts 5:12).

The problem is of course that the apostles seemed to have got some fundamentals wrong in those early days and it would be unwise to use the early Jerusalem church as a model.

For instance, Jesus had instructed them to go into all the world (Mark 16:15), yet they remained in Jerusalem until persecution forced them to obey (Acts 8:1). The churches they then established outside of Jerusalem were small, and we can deduce this from at least two main clues:

The problem with this sort of reasoning is that it is by no means exhaustive or conclusive. For instance, the church, in say Corinth, may have had to meet as small groups in homes simply because there were no viable alternatives. One cannot conclude from the evidence that large church meetings are unbiblical or inherently ‘wrong’.

For me, it is far more important to try to understand, from the biblical evidence, the dynamics and underlying core principles of local church life. 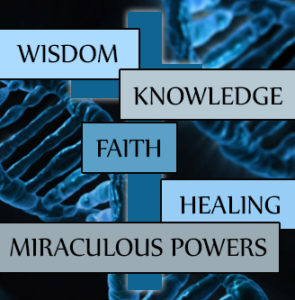 The figure of a BODY is a wonderfully descriptive illustration of the functionality of the Church. 1 Corinthians chapters 12-14 develop the concept considerably, as does the book of Ephesians. Individual believers, in this analogy, are like single cells within a body. Each has the complete DNA blueprint of the whole body, yet each is specialised and developed to fulfill a specific function within the body. Each is interdependent, relying on others in order to exist and function. Even the ‘ascension gift’ ministries fit into this paradigm; Prophets, for instance, are like nerve cells which convey information to and from the brain; Pastor and Teachers are like red and white blood corpuscles carrying nutrition and oxygen to the other cells, removing waste, and combating sickness. And so on. The concept of the Church as a body reveals its functionality, inter-relatedness, and organic unity.

A second biblical analogy for the church is HOUSEHOLD. In Matthew 10:25 Jesus refers to his disciples as members of his household, and Galatians 6:10 calls Christians ‘those who belong to the family of believers’. In Ephesians 2:19 Paul calls the congregants’ members of God’s household’, and in 1 Timothy 3:15 he actually defines the Church with the words ‘… God’s household, which is the Church of the living God…’ (Some other references are Hebrews 3:2,5,6 and 1 Peter 4:17).

Now Ephesians is the Bible’s most comprehensive revelation of the Church, and these are some of the terms Paul uses here with reference to the relationships within the Church: ‘Praise be to the God and Father of our Lord Jesus Christ … he predestined us to be adopted as his sons … in him we were made heirs … our inheritance … members of God’s household … the Father, from whom his whole family in heaven and on earth derives its name … Then we will no longer be infants … Wives, submit to your husbands … Children, obey your parents’.

Although the additional image of a Temple can be found in Ephesians, by far its most dominant theme is the Church as the Family of God.

The Church is referred to in some texts as the TEMPLE of God. 1 Corinthians 3:16, for instance, states ‘Don’t you know that you yourselves (plural) are God’s temple (singular) and that God’s Spirit lives in you?’ Ephesians 2:21-22 expresses the same idea: ‘In him the whole building is joined together and rises to become a holy temple in the Lord. And in him you too are being built together to become a dwelling in which God lives by his Spirit.’ What a concept! The Church = The Place of God’s Presence.

In Old Testament times God presenced himself in the Holy of Holies, first in the Tabernacle and then in the Temple. This presence was manifest in the Glory Cloud, the Shekinah, which appeared over the Mercy Seat of the Ark of the Covenant. Then, in New Testament (Gospel) times, the triune God presenced himself in the person of the Lord Jesus Christ: John 1:14 reads ‘The Word became flesh and lived (Tabernacled) for a while among us. We have seen his glory, the glory of the one and only Son, who came from the Father, full of grace and truth.’ In addition, John 2:19 records Jesus as saying, “Destroy this temple, and I will raise it again in three days” and verse 21 tells us that the temple he had spoken of was his body. Then, on the day of Pentecost, the Holy Spirit descended and presenced himself in the Church. So, Temple One = The Tabernacle; Temple Two = The body of the Lord Jesus Christ; Temple Three = The Church. Truly the Church is the Temple in which God lives by his Spirit! Even the word ‘temple’ evokes images which reveal aspects of the Church’s function, such as worship, sacrament, and the ministry of the Word.

Of these three models, only the church as a temple can apply with equal force to both small and large church gatherings, but the dominant models of Body and Household apply best to small church gatherings.

Of course, a key question for me is always ‘what did Jesus say or model concerning this matter?’ Well, He clearly made no attempt to establish himself in any particular location and then draw a regular crowd. On the contrary, He selected just 12 men and travelled with them all over Israel and Samaria. He regarded them as family and a particularly significant text concerning this is Matthew 12:46-50 which records, ‘While Jesus was still talking to the crowd, his mother and brothers stood outside, wanting to speak to him. Someone told him, “Your mother and brothers are standing outside, wanting to speak to you.” He replied to him, “Who is my mother, and who are my brothers?” Pointing to his disciples, he said, “Here are my mother and my brothers. For whoever does the will of my Father in heaven is my brother and sister and mother.” I do not believe that Jesus was harshly rejecting his mother and brothers, as some critics contend, but was rather making the very point that I am highlighting, that his disciples were ‘family’. It is typical of Jesus to use a current incident or circumstance to make an important teaching point. 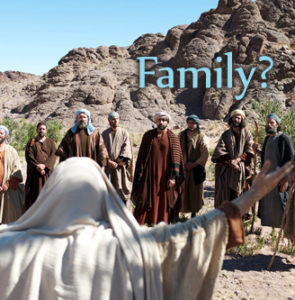 The church values that yield ‘family’ and ‘body’ are things such as participation, knowing others and being known by others, accountability, being a disciple of Jesus and discipling others, loving relationships, personal ministry, and so on. These values are best lived out in a small church setting. In addition, small churches can be effectively led by a team of unpaid volunteers or a limited paid staff, but large churches invariably need large staff components and hierarchical management structures in order to operate optimally. This kind of leadership is alien to a family environment. Small church congregations can provide relationship, pastoral, and ministry opportunities for all who attend, but in large churches only a small percentage of attenders are known, participate and receive pastoral care. Small churches can add fellowship groups to deepen relationships, but large churches have to rely on such groups to provide any consistent pastoral care… and only part of their congregations are able or willing to attend such groups. Small churches can function organically with minimal organisational aspects but large churches can only function as organisations with minimal organic aspects. I have made some strong but largely unsupported statements here but anyone wanting further discussion can click HERE.

A Respected reformed theologian and pastor has written an article covering many of the dynamics I am touching on here, and,  although I do not agree with his apparent underlying assumptions that all churches need at least one full-time pastor and that all churches need to grow numerically as single local churches, I think he makes several valuable observations. The author also appears to assume that a church, to be healthy and successful, needs to grow numerically from small, to medium, to large, to very large. I do not agree at all with this assumption because I hold that by doing so the church loses its fundamental nature of body and family and becomes an organisation and even a business.  Never the less he accurately describes the differences in leadership styles and church nature that occur at different numeric sizes. You can find this article HERE but for those who don’t care to read his full article, here are some of his observations (I have been unashamedly selective here):

Now the church model selected by the leaders of a local church yields a set of core values which will determine how the church functions, grows and maintains integrity over time.

My conviction is that leaders should select the model that best represents the biblical pattern for the church.

But there is another way of looking at this in that the core values of church life found in the scriptures should lead us to the biblical model. I have expressed some of these core values earlier, things such as, participation, knowing others and being known by others, accountability, being a disciple of Jesus and discipling others, loving relationships, and personal ministry. There are of course other values such as numeric and spiritual growth, and intergenerational family ethos that need to be taken into account.

So, my conclusions are that (a) the biblical church model and values should dictate congregational size, but (b) congregational size will in turn seriously effect values and the integrity of the church model. Put another way, a family/body church model, and the values that flow from and underpin this, cannot be easily or adequately expressed and maintained in a large congregation. Size most certainly does matter.

For those of you who interested in further detail and observations regarding this topic, please click HERE. As always, I appreciate comments and interaction on the articles I post, but please use the comments facility on the Blog, rather than emailing me directly, because in this way others will get to benefit by what you write.