Humanism and Religion work together in an unholy partnership to oppose the church and to bewitch and control the world. Opposing them stands the church proclaiming an Eternal Gospel.

Humanism, (the sum of science, medicine, philosophy, economics, technology, military power, politics, and hedonism), delegates its authority to Religion (the sum of The Occult, New Age Mysticism, World Religions, Cults, and Apostate Christianity). Religion, in turn, endorses Humanism and acts as its prophet and miracle worker.

Those who are not sealed by the Holy Spirit as born-again followers of Jesus bear the mark of Humanism and Religion; they live by the principles, values, and priorities of the world rather than those of the Kingdom of God.

Chapter 13 of Revelation describes these two beasts that oppose the church and so what would we expect to find described in Chapter 14? The church of course! And here is how the church of the Lord Jesus is described: 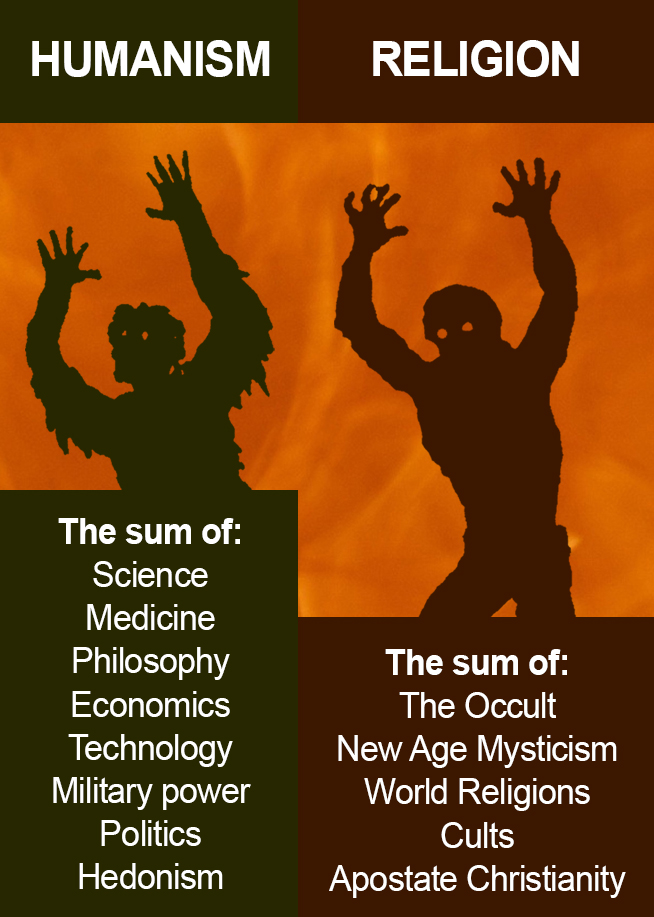 *  It is composed of all Jesus-followers both in Heaven and on Earth, and also those Old Testament saints who lived by faith in the coming saviour. I have already shown in a previous post how 144,000 is a numeric shorthand for the full body of believers.

*  The believers who make up the church bear the name of the Father and the Son and they sing a ‘new song’ of praise before the throne of God.

*  They do not defile themselves with the idolatry of religion. In the book of Revelation both the true church and the false church are depicted as women. The latter is also referred to the Whore of Babylon.

Revelation 14:6-13 describes three angels who proclaim ‘the eternal gospel’. This is the message the church is commissioned to proclaim on earth through all ages but with particular power and focus in the Last Days. This Eternal Gospel consists of three interlinked messages: 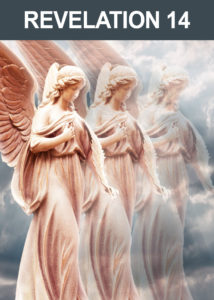 “Fear God and give him glory, because the hour of his judgment has come!” Revere, honour and adore God, the creator of all that is.

“Fallen! Fallen is Babylon the Great!” Religion, the great deceiver of the world is defeated and ruined.

“If anyone worships the beast and his image and receives his mark on the forehead or on the head, he, too, will drink of the wine of God’s fury.” The message is very clear – religion is worthless, God alone is to be worshipped, and anyone who lives by the values of the world (humanism and religion) will be judged.

John draws a stark contrast between the people of God and the people of the world and then cautions that the ongoing clash between these two groups will call for ‘patient endurance on the part of the saints who obey God’s commandments and remain faithful to Jesus’ (Revelation 14:12).

Then John ends this section of the chapter, as I shall end this post, with the words of a voice from heaven which saying, “Write: Blessed are the dead who die in the Lord from now on.” “Yes,” says the Spirit, “they will rest from their labour, for their deeds will follow them.” (Revelation 14:13)