‘The heavens declare the glory of God; And the firmament shows His handiwork’ (Psalm 19:1 NKJV).

If you go out after dark and look up at the expanse of the night sky, what do you see?

The answer is probably, ‘pollution haze and a few stars’, but the people of John the Revelator’s day would have seen a glorious display of galaxies, planets, and stars without measure. The religious astronomers of the ancient world would have understood the dazzling celestial display as a divine presentation of significant events and portents of things to come, and John taps into this in the book of Revelation.

According to my best research, the Magi of Babylonia were the first to be schooled in the art and science of the heavens. Abraham, the father of the Jewish Faith, came from the region of Babylonia  (Genesis 11:31) referred to in the Bible as Ur of the Chaldeans and traveled from there to Canaan. It is probable that Abraham brought with him the knowledge of how to read the night sky and that this became embedded in the religious understanding of the Israelites. When John wrote the book of Revelation he used this knowledge to present God’s great redemptive plan to the people of his day, and thus to us as well.

I introduced this concept in the posts:  ‘Revelation in the Stars’, and then pointed out a number of links to specific constellations in ‘Religious Woe’, ‘Ghost Riders in the Sky’, and ‘Some things are still a mystery’. 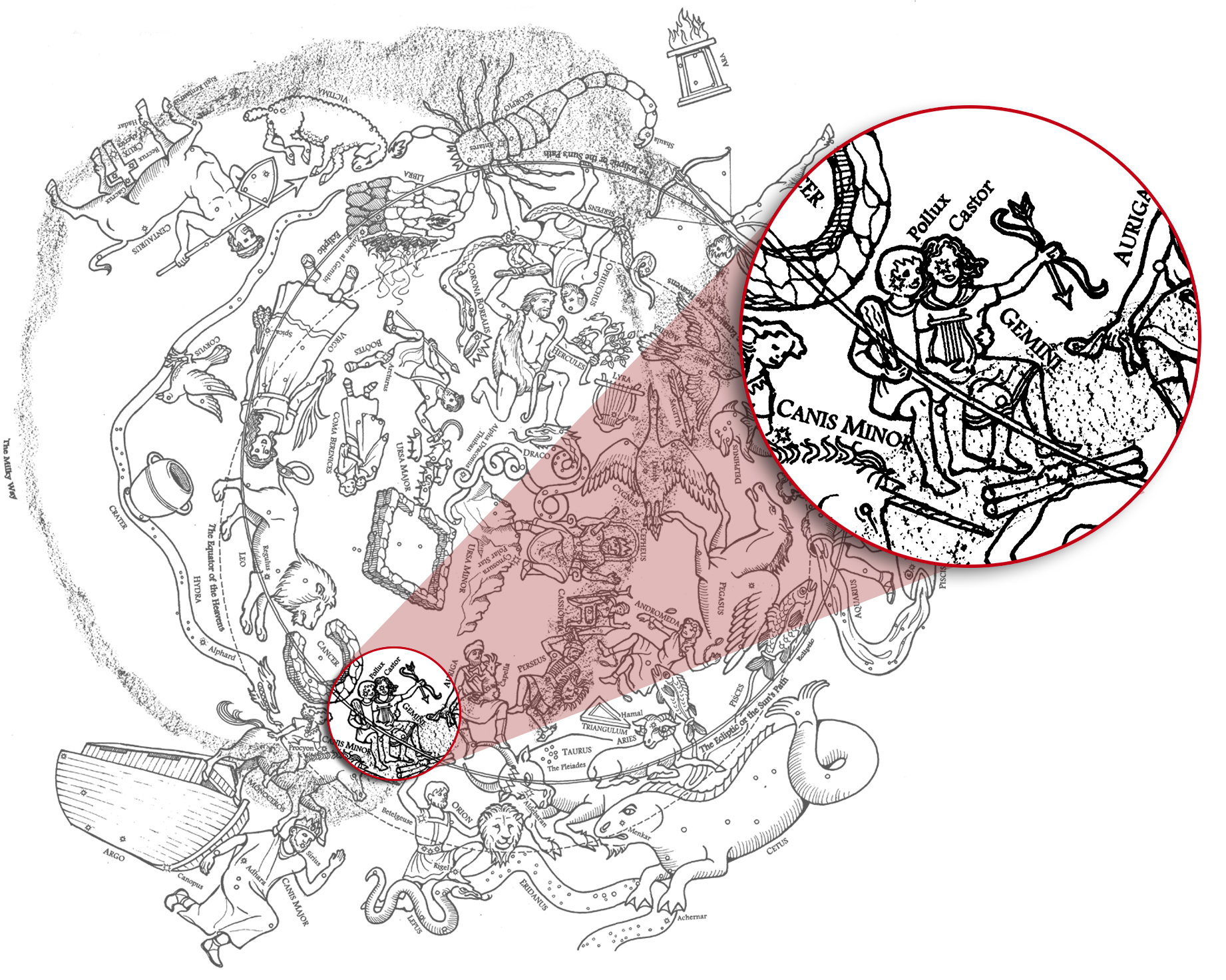 The Two Witnesses are the focal point of Chapter Eleven of Revelation, so we shouldn’t be surprised to find a depiction of these ‘twins’ in the night sky. And there they are (Gemini) tucked between the constellations of Cancer and Taurus, another pointer to the marvelous progression of constellations that await us in chapters 12, 13, and 14. But I have spent sufficient time on Chapter Eleven and must now move on to the next major part of the book of Revelation.

In my next few articles I will elaborate on what I am about to describe, but  to help you make sense of this celestial aspect of Revelation, I will start with the big picture.

Remember that each part of Revelation takes us back to start, which is Christ’s birth, and ends with His coming again to judge and create a new HeavenEarth.

Revelation 12:1-2 presents us with the picture of a woman whom John describes with these words: ‘A great and wondrous sign appeared in heaven: a woman clothed with the sun, with the moon under her feet and a crown of twelve stars on her head. She was pregnant and cried out in pain as she was about to give birth’  You will have to wait for my next post for the reasons why I believe that she depicts Israel, the Old Testament people of God, the wife of Yahweh, and the ‘mother’ of Jesus the messiah. For now, I ask you to just notice the constellation of Virgo. The account in Chapter Twelve goes on to describe a great dragon, who’s tail swept a third of the stars from the sky, crouching before the woman in order to devour her child when he was born (Revelation 12:3-4). This, I believe, is represented by The constellation of Hydra which appears below Virgo in the night sky and spans about one-third of the circle of the sun’s apparent path through the heavens. Alongside Virgo, is the minor constellation of Coma, which, in Persian means ‘pure virgin’ and was originally depicted as nourishing an infant boy having a Hebrew name meaning The Anointed, or in Greek, Christos. On the other side of Virgo on the Star Map we find the constellation Centaurus, the evil Centaur, spearing a lamb (Not a wolf as shown on modern charts). Tucked in under Centaurus is Crux, and it doesn’t take much imagination to see what this represents to the Christian.

I will give more detail and explanations of these star signs in my next post, but to make the point that Chapter Twelve contains a wealth as astronomical information just consider how verse 14 links to the constellation of Aquila, the great eagle mentioned by John. Note also how verses 15 and 16 link to the constellations of Aquarius and Piscus Austrinus (water pouring out and being swallowed up).

To help you make sense of all this I have included a Sky Map showing the constellations as seen from Patmos at the time John wrote the book of Revelation.

As we work through chapters 12 to 14 of Revelation it will become increasingly obvious that John was linking the revelation to the constellations of the night sky. Why did he do this? I will try to answer this satisfactorily before this series is completed.