“For the rest of my life I want to reflect on what light is.”

This statement is attributed to a twenty-six year old Albert Einstein shortly after formulating his famous General Theory of Relativity. His statement is understandable because both his theory of relativity and his foundational work in quantum physics came about because of the known but mysterious qualities of light.

I am not a scientist, but even from a layman’s perspective I can see how utterly mysterious light actually is. To start with, light is both a wave and a particle, at the same time. It does not move between these two states, it is concurrently a wave and a photon, a quantum of energy. This is much like saying that the world is both a sphere and a square; it defies common sense and it violates the rules of logic. In the theological universe we have a similar mystery – Jesus Christ is both fully God and fully man, simultaneously and eternally.

God is associated with light throughout scripture. In the exodus from Egypt He went before the Israelites as a shining pillar of fire. When He met with Moses in the tent of meeting it shone with his shekinah glory. When Solomon dedicated the temple the Lord’s presence was so bright that the priests could not continue with the service. In the New Testament God is also associated with light. For instance, Paul writes; ‘God, the blessed and only Ruler, the King of kings and Lord of lords, who alone is immortal and who lives in unapproachable light, whom no one has seen or can see. To him be honour and might forever. Amen.’ (1 Timothy 6:15-16) The apostle John makes the connection even more strongly in 1 John 1:5-6 where he writes; ‘This is the message we have heard from him and declare to you: God is light; in him there is no darkness at all.’

I am informed that in terms of Newtonian physics, the old science, space, time, and matter were considered as the primary realities in the universe. However, both quantum and relativity theory suggest that light is even more fundamental, primary, and foundational. Yet we cannot see light. We can only perceive its point of origin and its point of destination where it releases its energy. With light we seem to have reached the threshold of know-ability. It is beyond reason and common sense. 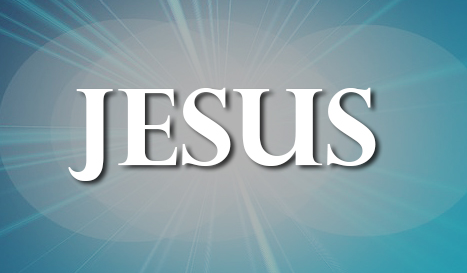 The fact that light appears to be the ‘first’ building block of our physical universe should not surprise us because Genesis 1:3 records God’s first creative act as; ‘And God said, “Let there be light,” and there was light.’ Equally, we shouldn’t be surprised that the nature of God’s most fundamental creation is beyond our comprehension because He has told us; “For my thoughts are not your thoughts, neither are your ways my ways… As the heavens are higher than the earth, so are my ways higher than your ways and my thoughts than your thoughts.” (Isaiah 55:8-9)

God, like light, would be unknowable and incomprehensible if He had not chosen to reveal himself to us. He did this by incarnating in human flesh; by becoming a man while still remaining fully divine. Fully God and fully man – like the wave and photon of light; both simultaneously.

When Jesus, the ‘true light’ (John 1:9), pardoned the woman caught in the act of adultery he could of said any number of things to the gathered crowd. He could have said, “See where sin gets you!” or perhaps, “Judge not lest you be judged”, but He chose so say something surprisingly different. He said; “I am the light of the world. Whoever follows me will never walk in darkness, but will have the light of light” (John 8:12). On another occasion He came upon a man who had been born blind. He made mud from the dust on the ground and his spit and put it on the man’s eyes. I think he was forming new eyes in the same way He had made Adam at the dawn of time. Just before doing this, and giving the man his sight, Jesus said this to his disciples; “While I am in the world, I am the light of the world” (John 9:5). On the mount of Transfiguration Jesus’ ‘face shone like the sun, and his clothes became as white as the light.’ (Matthew 17:2). After He had ascended back into Heaven Jesus appeared to Paul (then still Saul) on the road to Damascus and his appearance was so bright that Paul was blinded for several days.