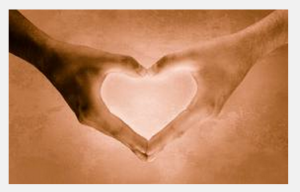 Faith is not a force, but there is a motivating agent that actives faith, and that is compassion.
The thing which moves us to engage the switch of faith seems to be the emotional power of compassion. Consider the following texts:
Matthew 9:36, “When he saw the crowds, he had compassion on them, because they were harassed and helpless, like sheep without a shepherd”.
Matthew 14:14, “When Jesus landed and saw a large crowd, he had compassion on them and healed their sick”.
Matthew 15:32, “Jesus called his disciples to him and said, ‘I have compassion for these people; they have already been with me three days and have nothing to eat. I do not want to send them away hungry, or they may collapse on the way.’”
Matthew 20:34, “Jesus had compassion on them and touched their eyes. Immediately they received their sight and followed him”.
Mark 1:41-42, “Filled with compassion, Jesus reached out his hand and touched the man. ‘I am willing,’ he said. ‘Be clean!’ Immediately the leprosy left him and he was cured.”
We could define compassion as strong emotional empathy for the needs of others. It motivates us to choose to exercise faith. The will is the actual ‘force’ which moves the ‘faith switch’, but compassion motivates us to an act of the will.
As I mentioned in previous blogs in this series, the mind cannot always differentiate between internal thoughts and external events. The brain processes imagined scenarios in the same way as sensory inputs. The mind can, and often does, take as real that which the senses do not perceive. Imagination, therefore, is potentially as real as experience. Faith, according to the Hebrews 11 definition, includes the experience of a present non-sensory reality; ‘perceiving as real fact what is not revealed to the senses’.
If I believe that I am receiving something, say spiritual energy, then I can experience it internally without the need to see, feel, or hear the evidence of its transmission. The question is, though, how do I ‘get’ faith? To use the switch analogy, how do I flip the faith switch?
Faith is the declared belief in the reality of something hoped for. We give expression to our faith by affirming verbally our conviction that what we believe is real. Faith is also the internal visualisation of the believed occurrence. For instance, I lay my hands on the sick person and proclaim in Jesus’ name that power is entering them to heal. The recipient acknowledges aloud that she believes this, and accepts this as real. I visualise a stream of healing power flowing out of me, down my arm, through my fingers and into the recipient. I encourage the person to whom I am ministering to visualise something similar. I encourage the engagement of their other senses by asking if they are feeling anything on their skin or in their body. All of these things act as a catalyst, as a ‘faith’ trigger, which releases the spiritual energy from the minister and opens the needy person to receiving it. So we don’t ‘get’ faith, we exercise and exhibit faith.
To experience something internally enables us to ‘feel’ its impact. We feel the emotional impact of an internal reality only when we ‘see’ with reasonable clarity the thing we visualise. Imagined sight is the predominant internal sense. Once we visualise accurately, we are able to internally smell, touch, hear, and taste. In this way, we can experience something internal in as real a way as if it were actualising externally.
If we believe, and internally experience, something good, then we will appreciate it as a God-given occurrence and give him thanks for it. Saying thank you to God is an affirmation of an experienced reality, not a means of creating the reality itself.
The models I have proposed so far relate only to people ministering to people. Is it possible, do you think, for non-human recipients and even for inanimate objects to store spiritual power?
To subscribe to Truth is The Word, click here.
print