Skip to Main Content
Theme: Anointing – necessary or nice to have?

Acts 10:38 ‘…how God anointed Jesus of Nazareth with the Holy Spirit and power, and how he went around doing good and healing all who were under the power of the devil, because God was with him.

Several years ago a friend and fellow Christian leader became sick and disheartened. His ministry was failing and to make matters even worse, his wife left him. I got a call to say that he was at a mutual friend’s house in a very poor state. I immediately set off and as soon as I arrived, went into the room where he was, together with our other Christian friends. He was lying in bed with the sheet pulled up to his chin, white and trembling, and he could hardly manage to greet us. We sat next to his bed with our hands touching his arm and remained silent for a while. We didn’t pray aloud at that time but after a while we started to talk to him, encouraging him and speaking words of life and hope. Soon he started to respond verbally. Then, a little while later, he sat up and engaged us with more animation. After a about half an hour, he sung his legs off the bed, stood up and began to dress. 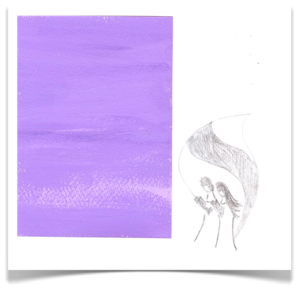 What had happened in that room? I can’t honestly say in full, but I know it was more than just the power of positive words. Several spirit-filled believers gathered around a stricken brother, laid hands on him and ministered to him in the power of the Holy Spirit. Somehow the anointing that was on us passed into him, and he was strengthened and animated as a result. This should not surprise us. Jesus was ‘full of the Holy Spirit’ (Luke 4:1) and when He ministered to people power went out from Him and healed them (Luke 8:46). Then, when He sent His disciples out, He gave them the power to heal (Luke 9:1). So should we not expect the same when we go out in His name to minister to others? I think we should.
Anointing is not a word used to describe a religious ritual; it is the reality of the power of the Holy Spirit, which He gives to believers so that we can live and minister powerfully.
Share |
print