‘Then they said, “Come, let us build ourselves a city, with a tower that reaches to the heavens…”’ Genesis  11:4

Don’t you hate being called ‘religious’? I regard myself as a disciple of the Lord Jesus Christ, not as a religious person. How about you? I guess the reason I don’t like being called religious is that I associate the word with things like traditions, rituals, and rites that seem man-made rather than God-given. 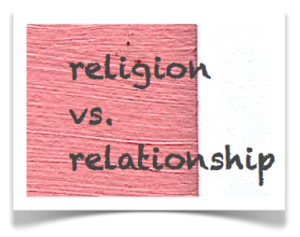 I define religion as any human attempt to find a way, on his or her terms, to God. The Tower of Babel was an early example of this. The people of that day wanted a way to relate to God that suited and served them. So they built a stepped pyramid, a ziggurat ‘tower’ so they could climb up to the heavens. They constructed a temple on the top of the pyramid filled with representations of the sun, moon, and stars. Then they developed a religious system of worship to these celestial objects, these ‘gods’. 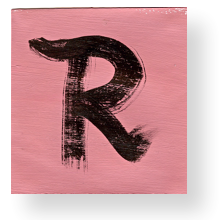 Things haven’t changed much since then. There are many religions in the world, ranging from Islam to New Age spiritualism. All of them claim some sort of divine origin. Islam professes that an angel gave Mohammed the contents of the Koran, and New Age practitioners would like us to believe that disembodied higher beings channelled wisdom through them. However, when we get right down to the basic issue of validation, only Mohammed saw the angel and only the New Agers personally experience the ‘channelling’. It is all very subjective.

Christianity, on the other hand, is the name we give to an individual and corporate relationship with Jesus Christ. God the Son personally came to Earth, incarnate as a man, and revealed the nature and purposes of God to all who were prepared to see, hear, and believe. For three and a half years he walked the length and breadth of Palestine in the company of twelve men and a larger crowd of followers. Tens of thousands heard his words and saw the miracles he performed. Even after he had risen from the tomb he appeared to more than five hundred people at one time (1 Corinthians 15:6).
How do you regard religion? Are you religious or do you have a relationship with God?
Share |